Christopher Astley is a sculptor based in New York City. He creates large-scale compositions called “walls”, made from soft bags – backpacks, handbags, canvas bags, plastic bags and shopping bags – filled and set with concrete. Stylus recently visited him in his Chelsea studio. 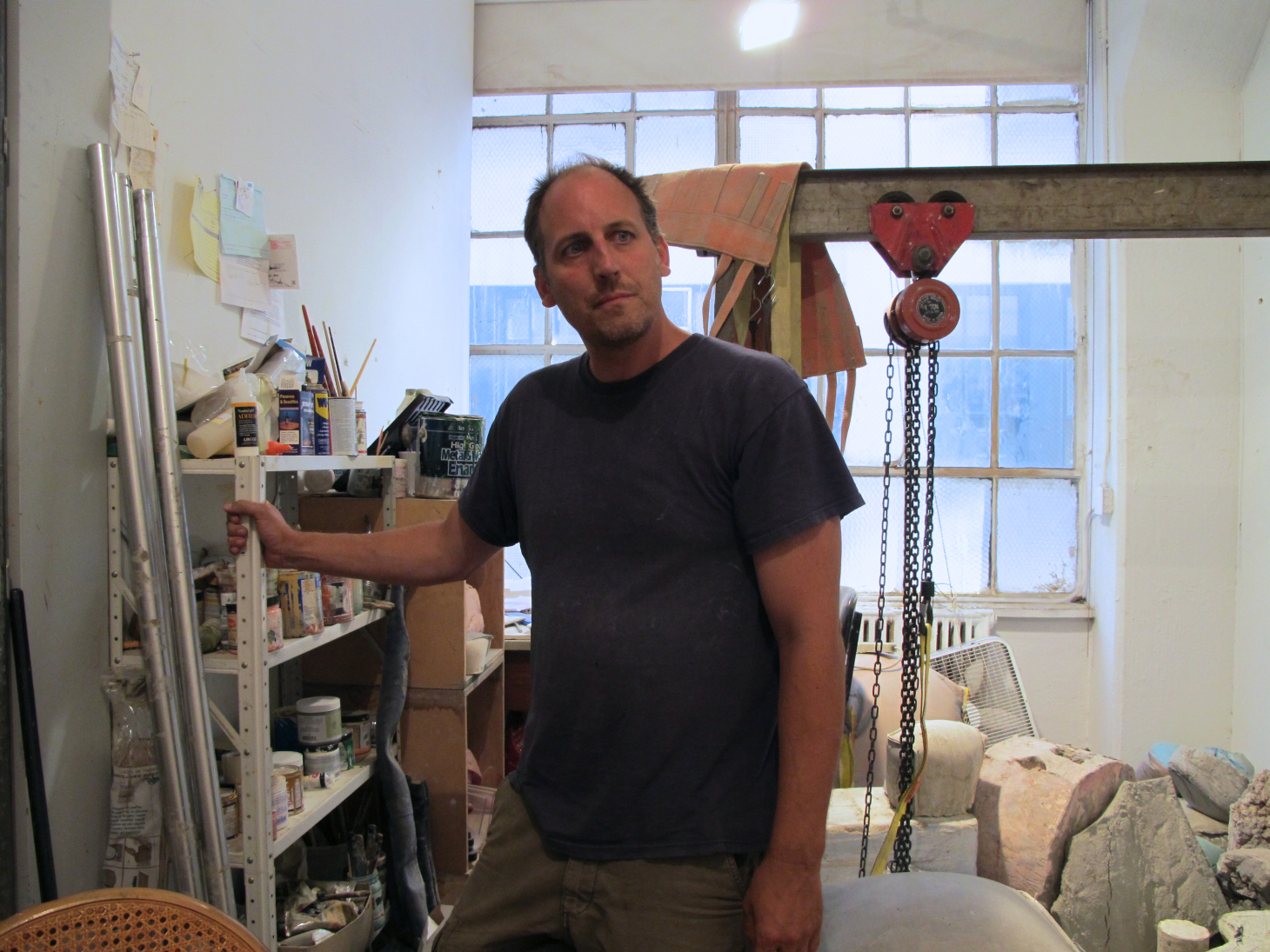 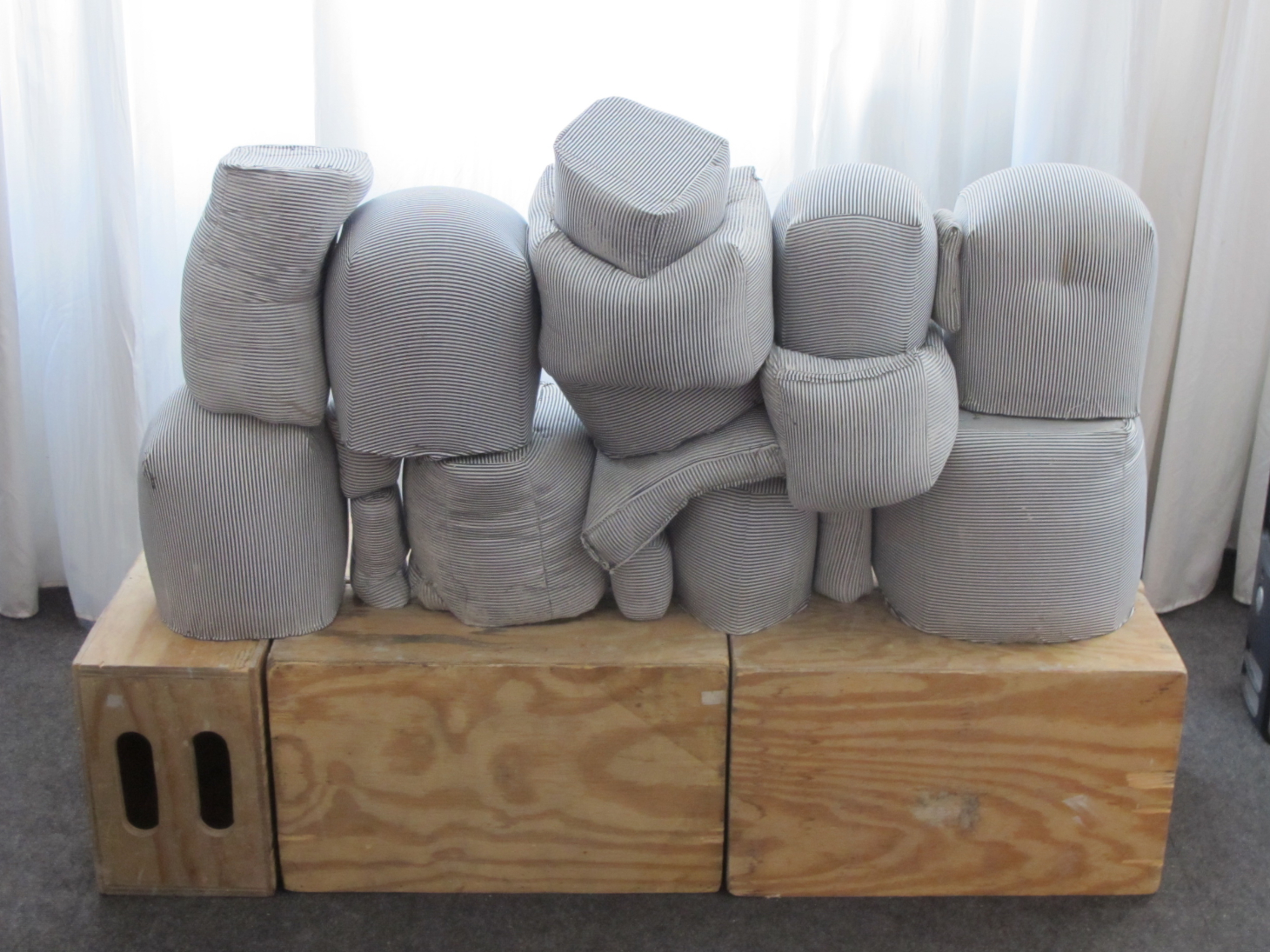 Astley often works without a blueprint or master plan for each wall piece. Instead, he develops the composition organically – playing with the pieces and trying out different combinations as he works. He’s especially interested in juxtaposing colours that don’t work together in a conventional sense, such as bright yellow and purple. He’s also known for using an upholstery needle to sew the bags shut as they are filled with wet concrete. When dried, the bags seem to be bursting at the seams with fullness – the exact effect the artist seeks to create in all his pieces. In other words, he’s exploring the spatial implications of one space blurring and spilling over into another, with no air in between. 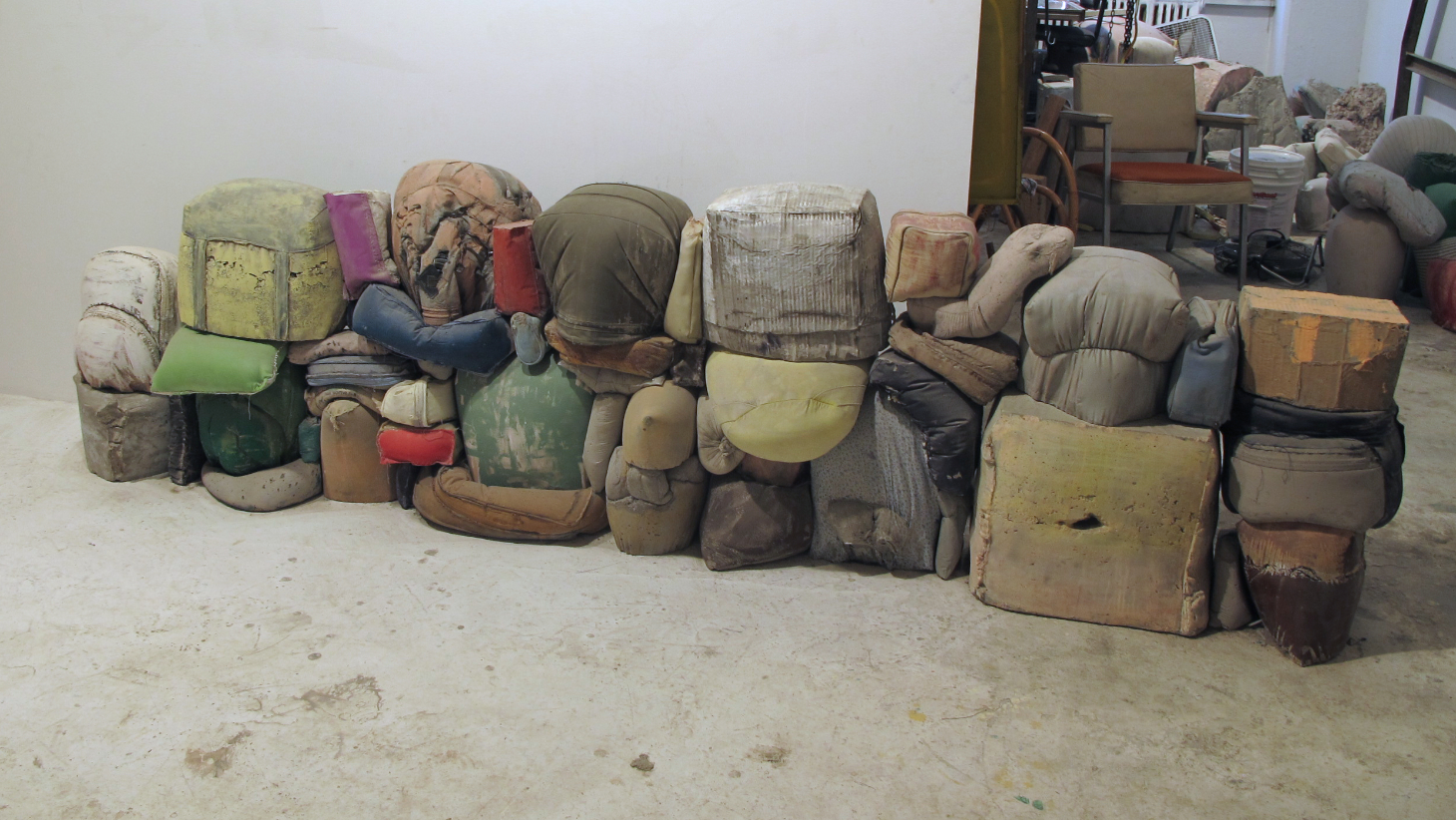 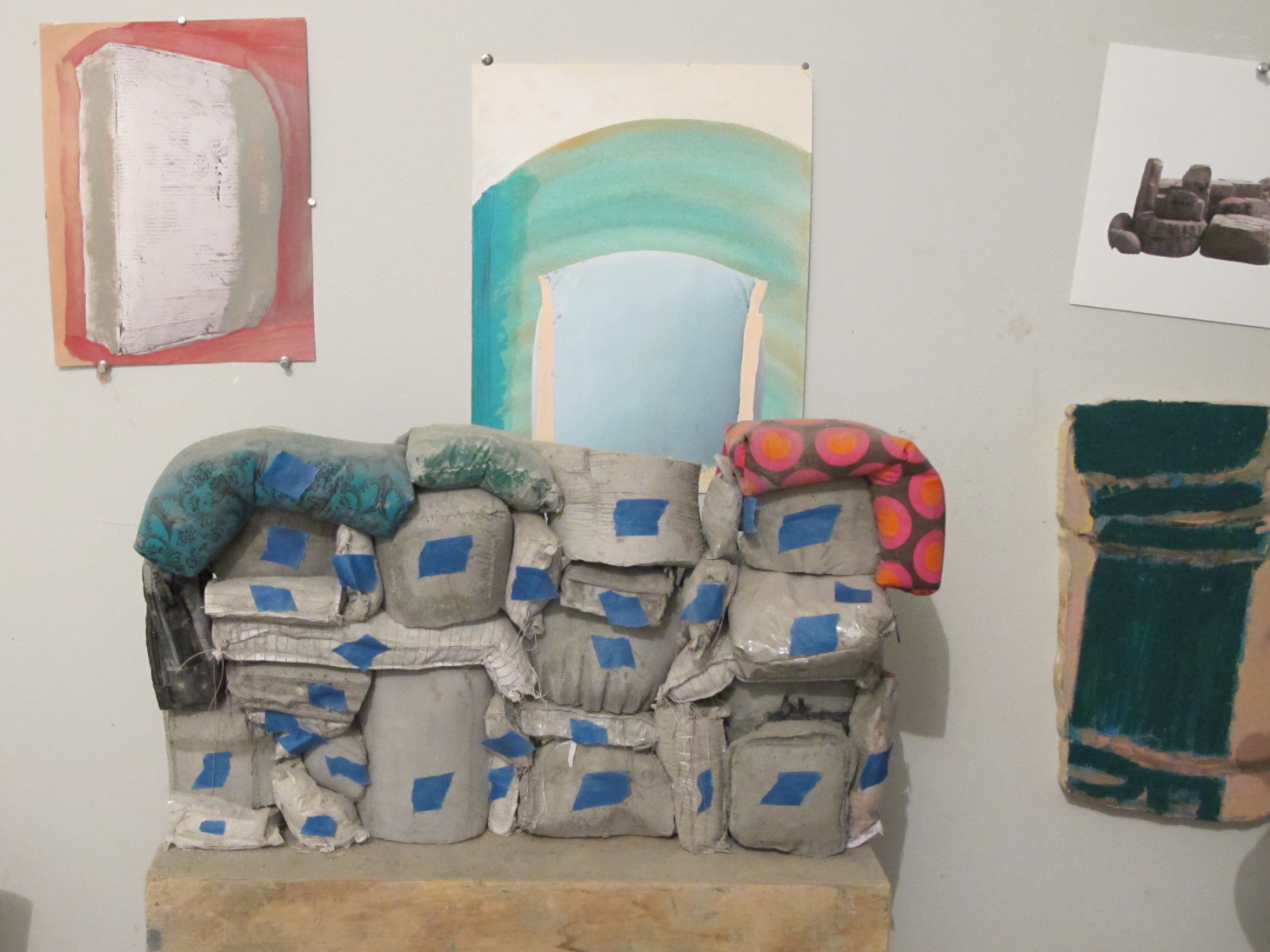 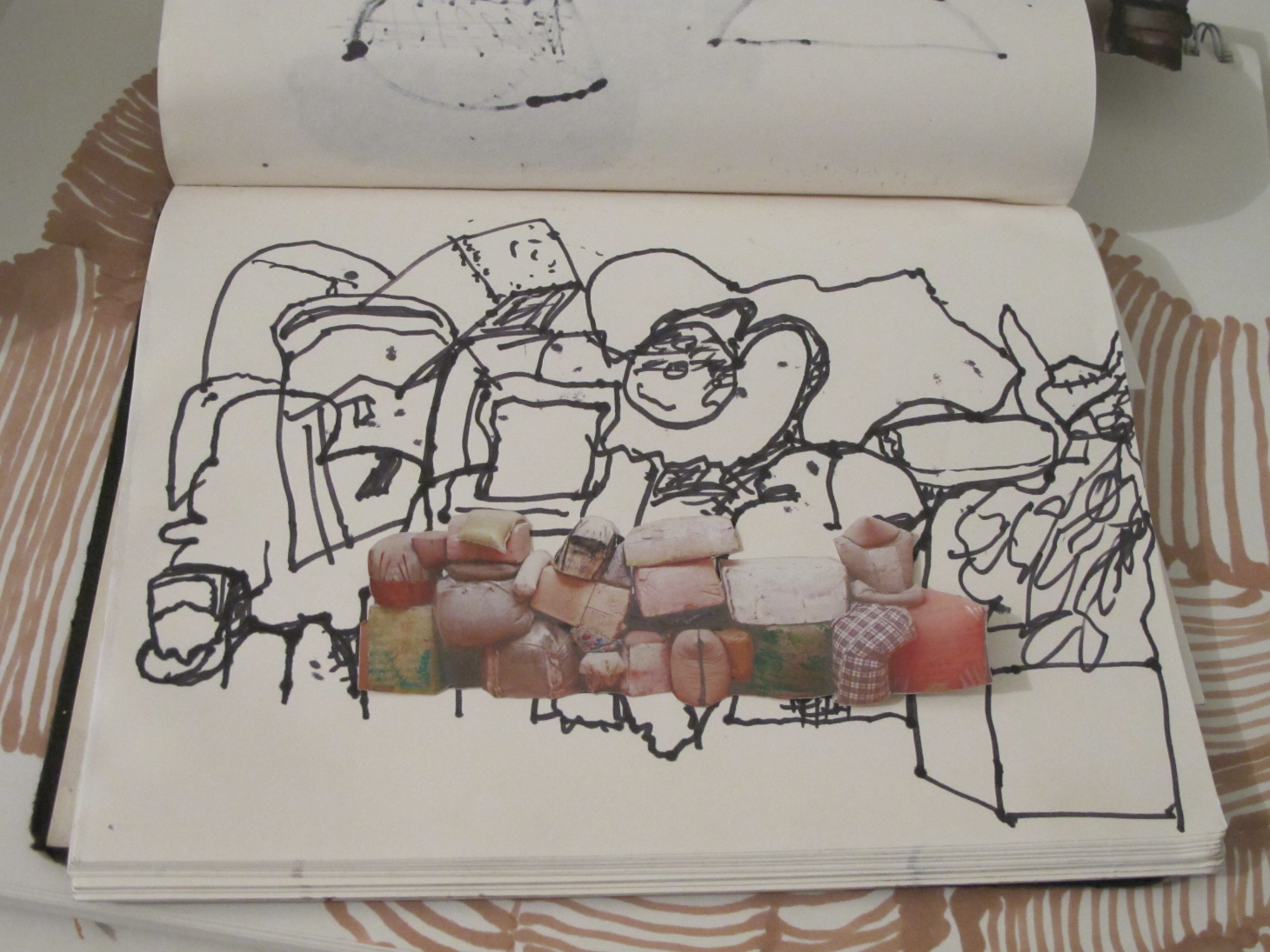 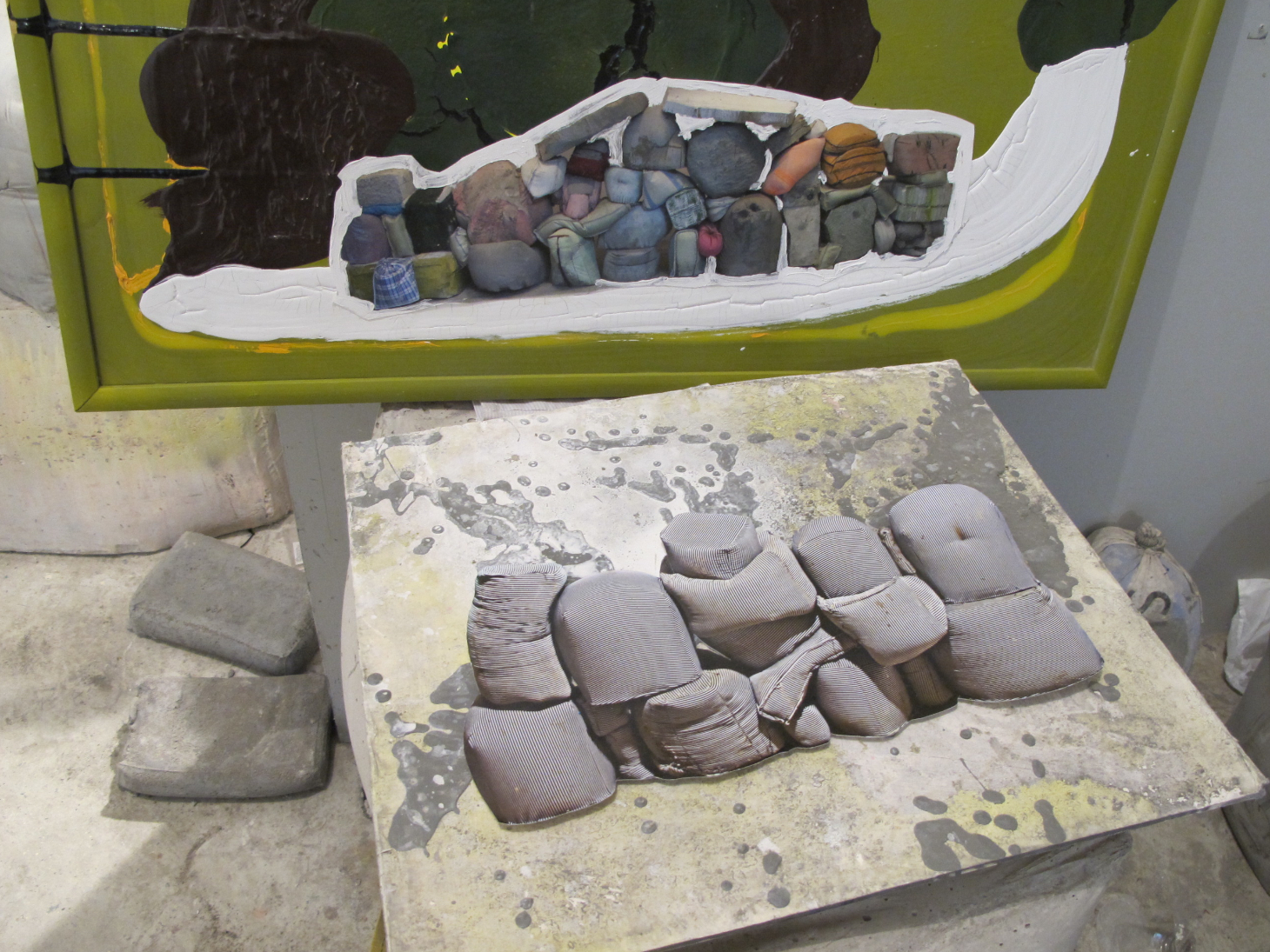 The individual components of each wall sculpture are not permanently attached to each other, but rest upon one another as a composition. Individual pieces are often placed atop one another while still wet, so that the piece below will dry with a permanent indentation. Astley views his sculptures as a community in dialogue with each other, creating their own distinct language. “I think about them musically, like a symphony, and each wall interacts differently,” he says. “[And] collectors can rearrange them at home.” 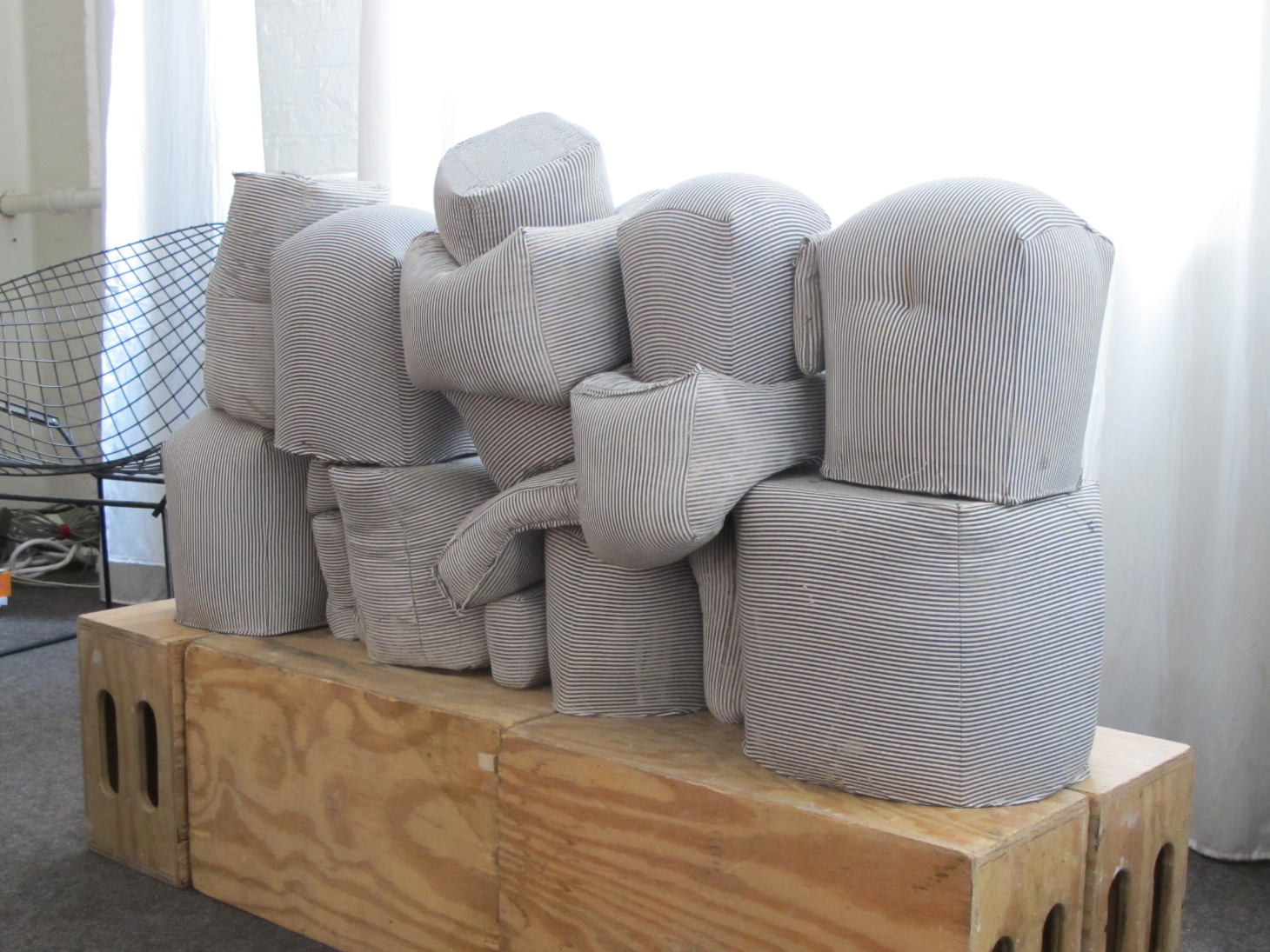 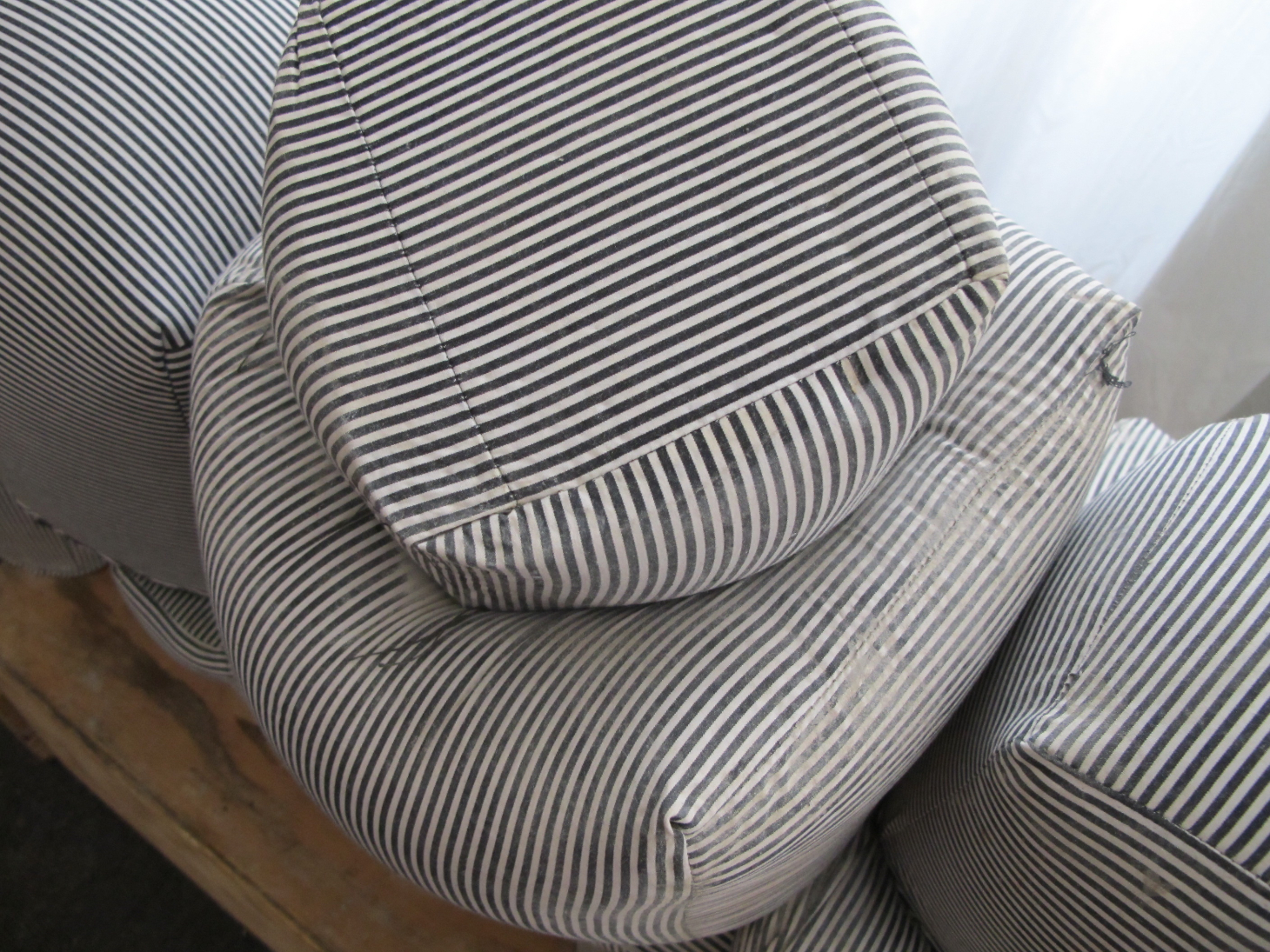 The walls have frequently been compared to World War I-era trenches and, although less manicured, to traditional old stone walls, such as those found in New England in the US, and even that of Hadrian’s Wall in the UK. The symbolism of the sculptures is open to interpretation, but Astley acknowledges that the titles – such as Geronimo, The Groans, Groan Hall, and Groaner – were inspired by the Gormenghast series of fantasy novels by Mervyn Peake. In the novels, which were published between 1946 and 1956, Astley notes: “People go so long in their positions, they are like concrete; they’ve ossified.” 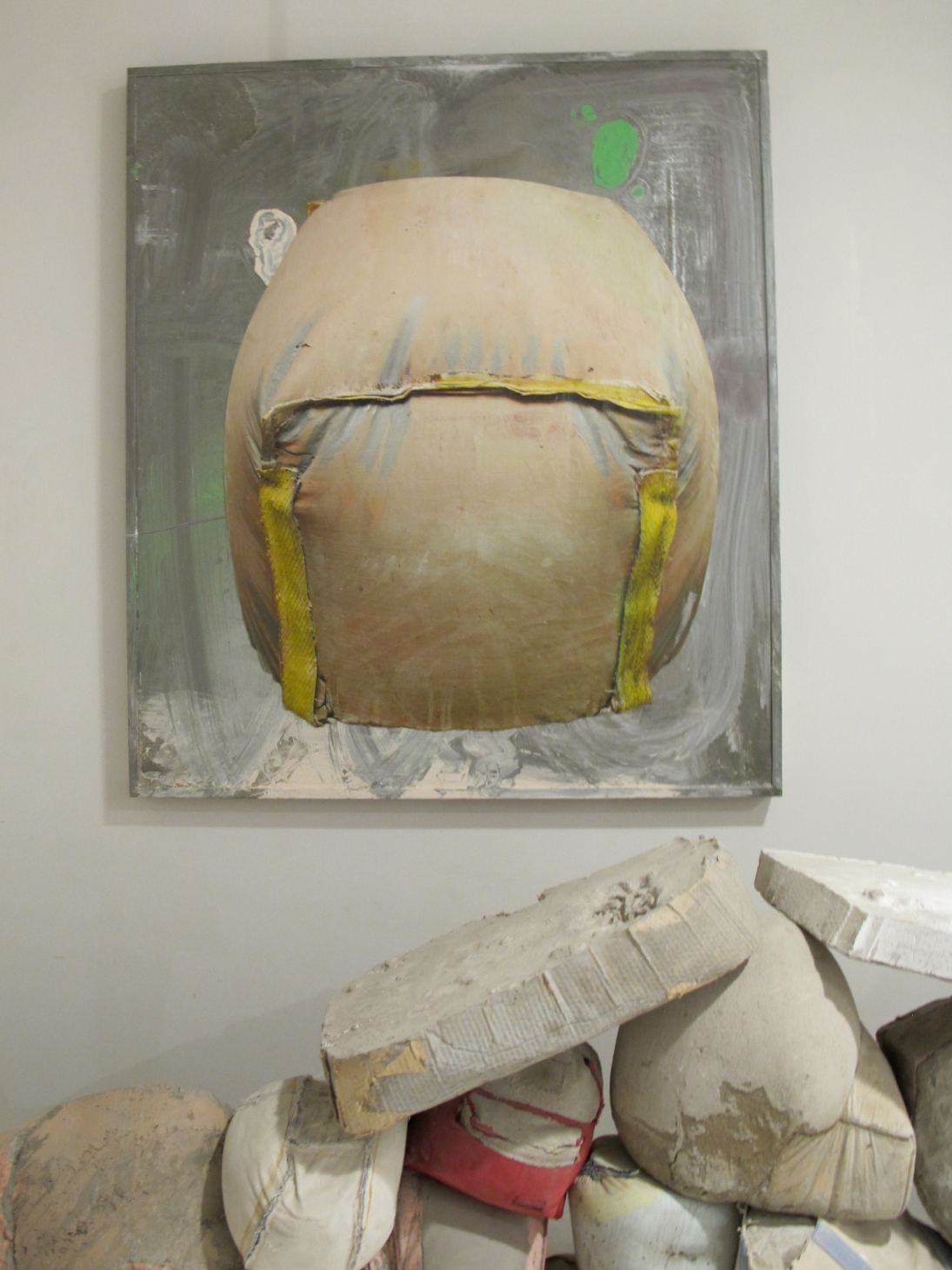 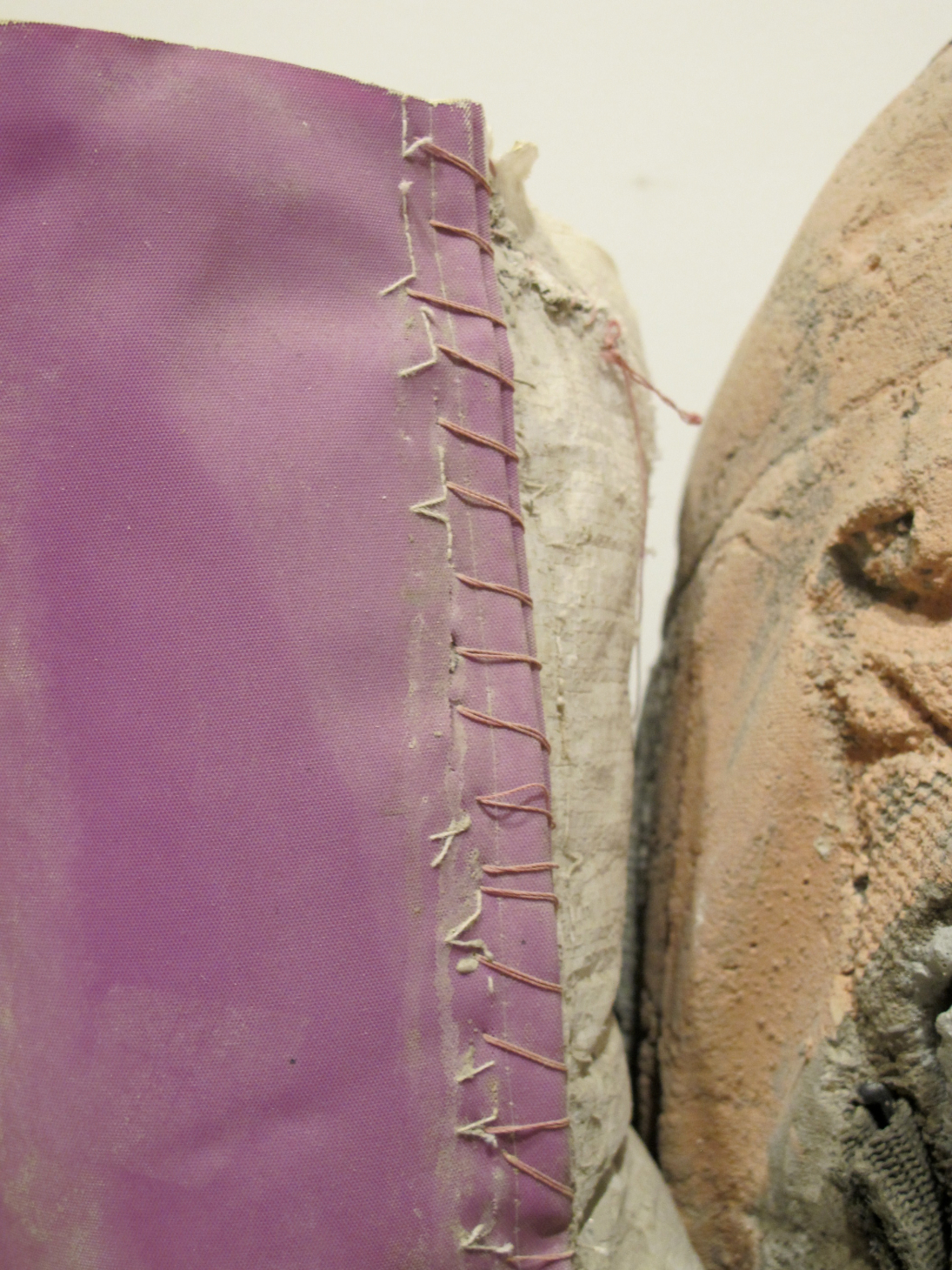 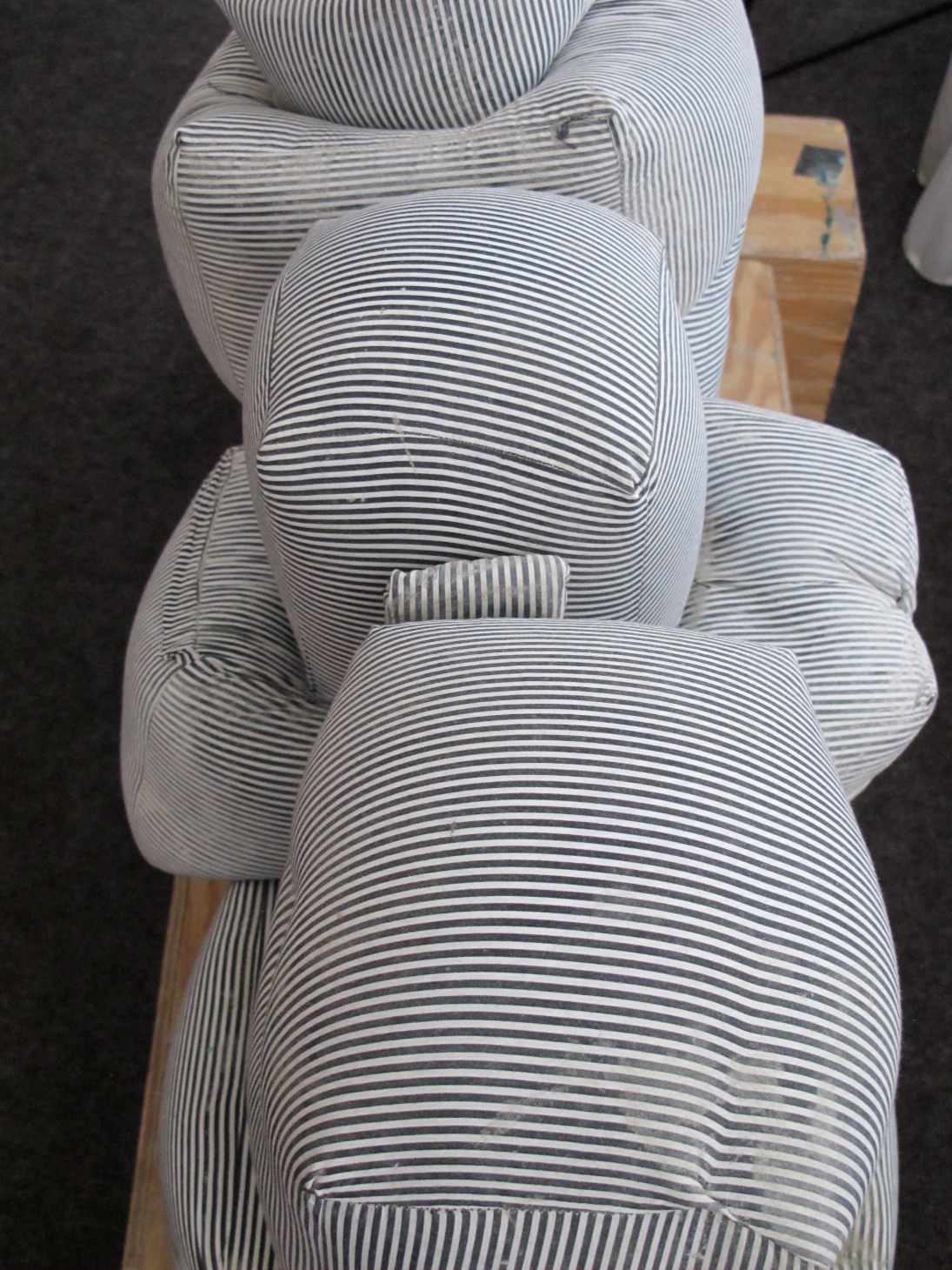 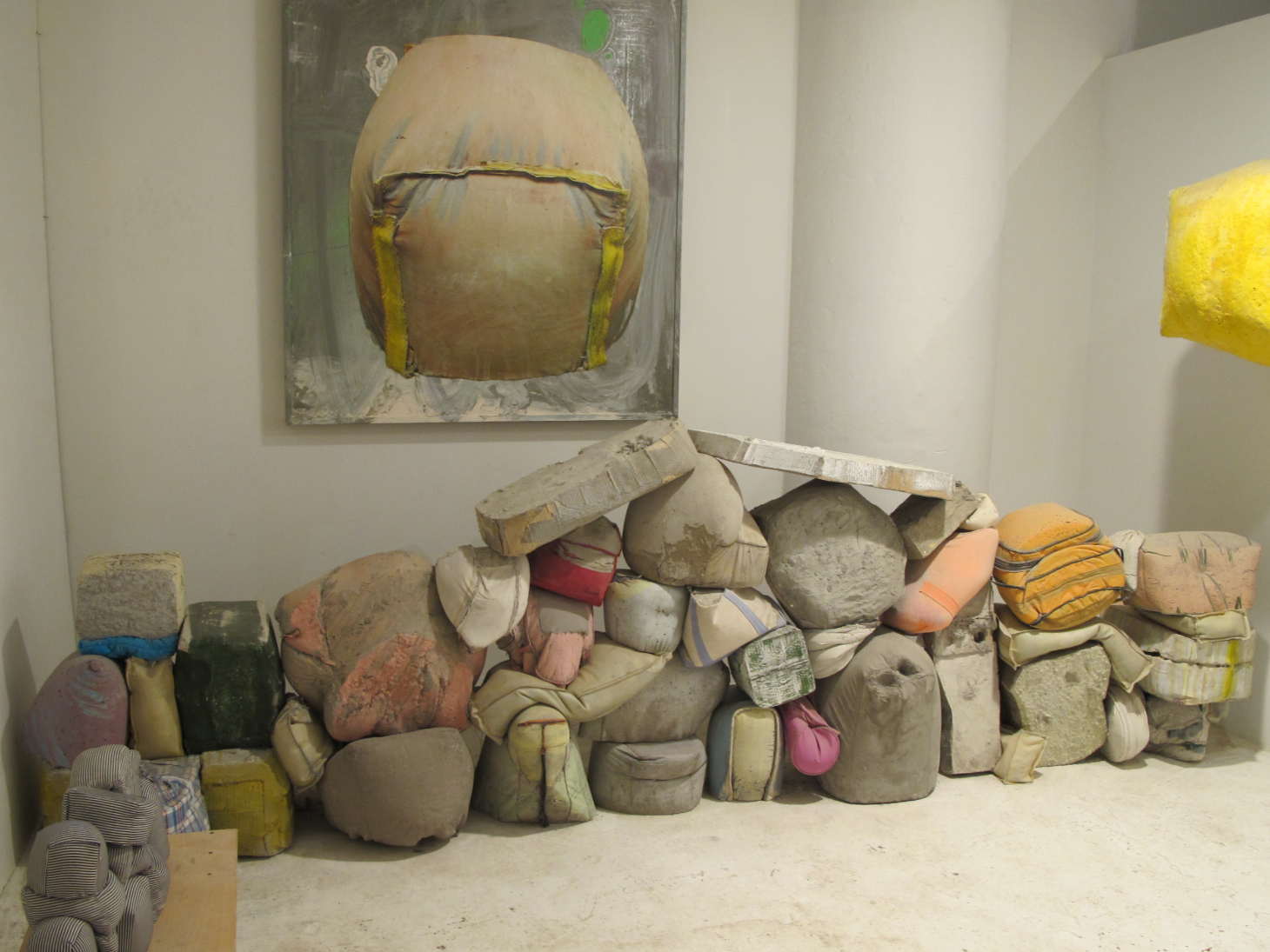 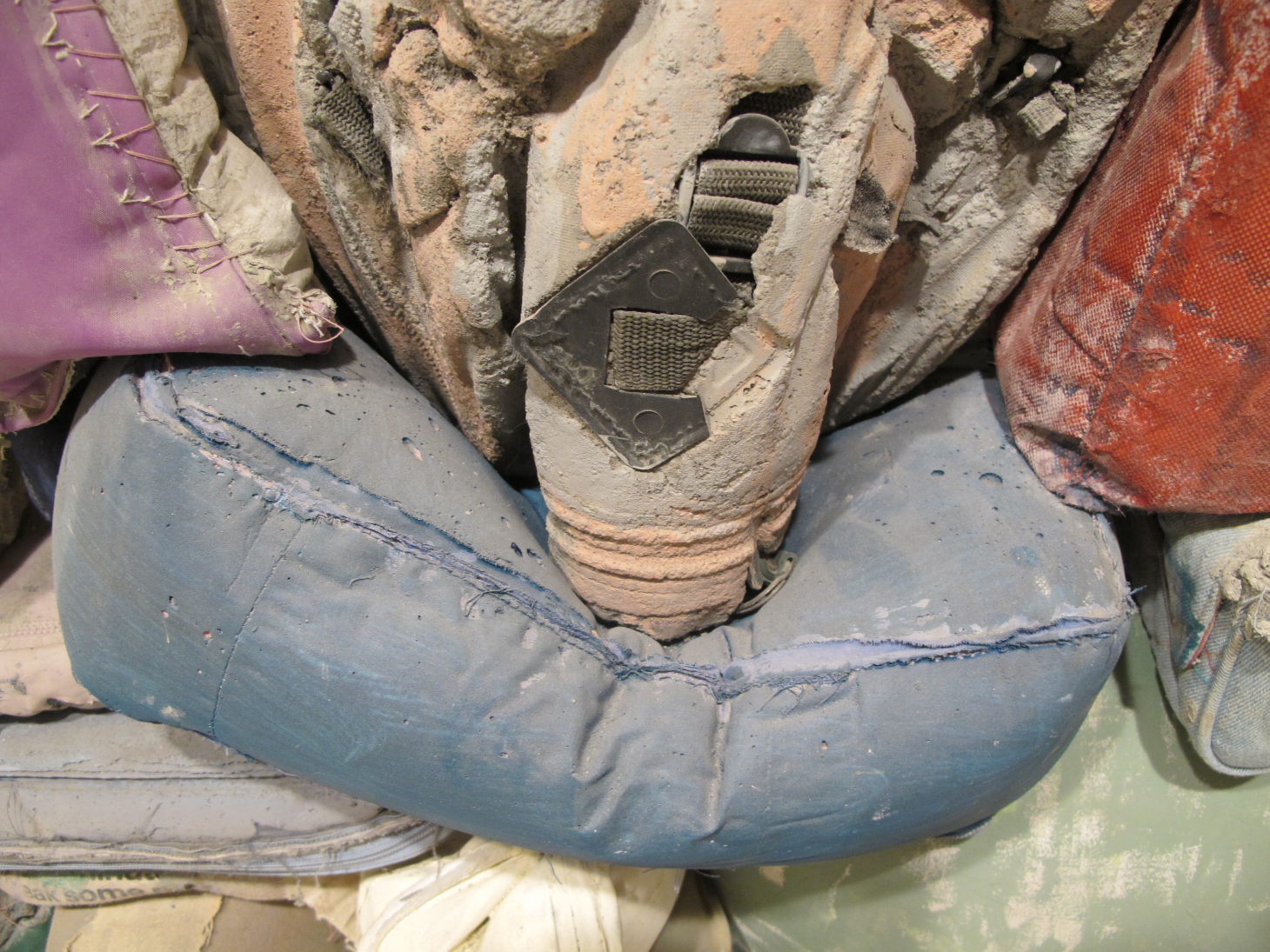 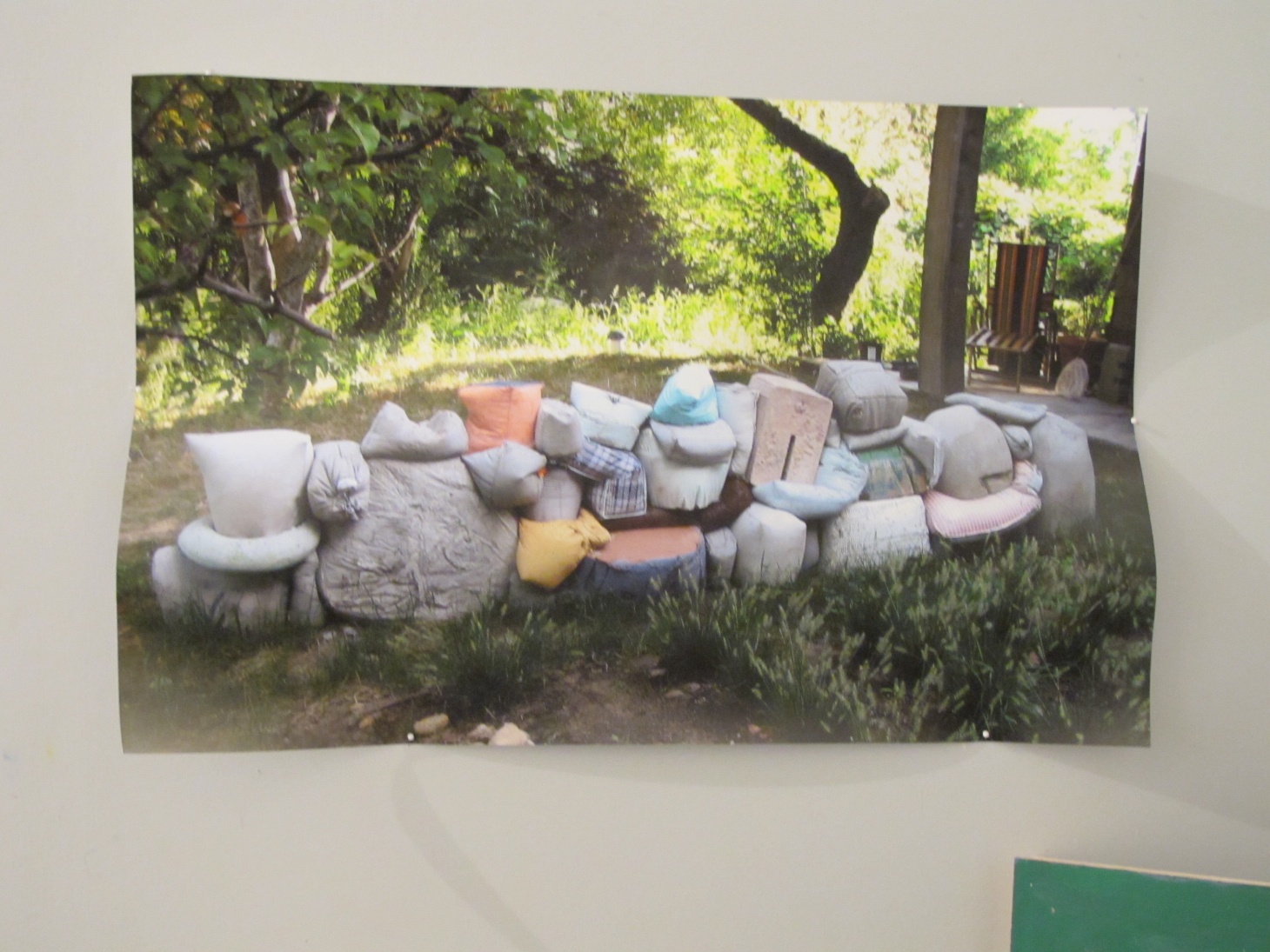