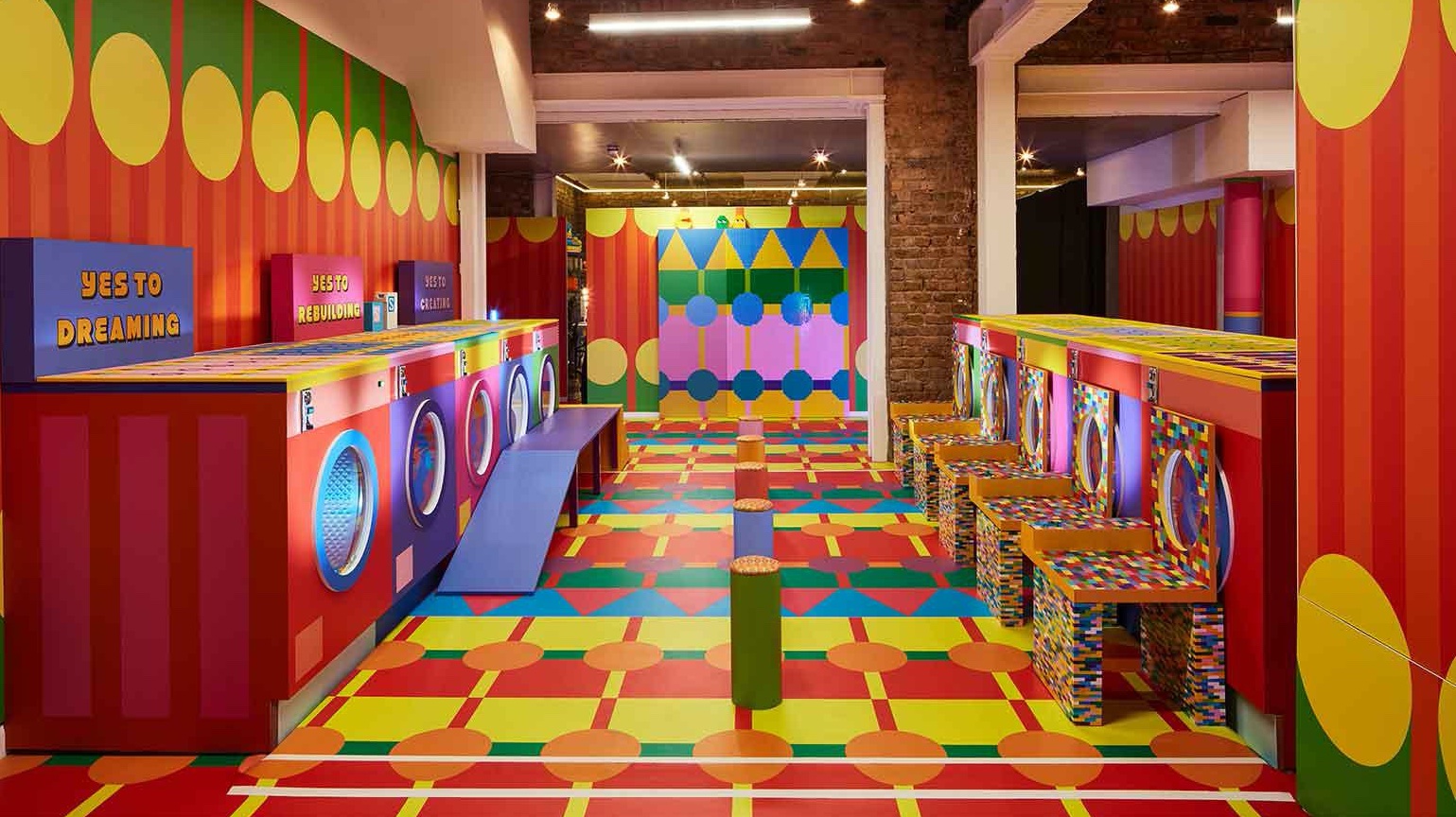 The laundrette is part of Lego’s ongoing Rebuild the World campaign, launched in September 2019, which celebrates children as “the masters of creative problem solving”. It also evolves the Danish toy giant’s post-Covid brand strategy under vice-president of global brand development Alero Akuya. She joined earlier this year from Nike, where she created its purpose marketing division.

The brand-building pop-up incorporated more than 200,000 Lego bricks, used both structurally and as play objects, including a mural that visitors could build, disassemble and rebuild. A vending machine dispensed small free Lego toys, while hopscotch patterns on the floor encouraged children to socialise.

Ilori designed the Laundrette of Dreams in homage to the role laundrettes play as community and social spaces for children, who often have fun while distracted parents and carers do their washing. Tapping into children’s innate creativity and optimism, he invited kids from his former primary school, east London’s St Jude & St Paul's C of E, into the design process. Ilori visited a local laundrette with them, asking them to consider how they’d rebuild the space.