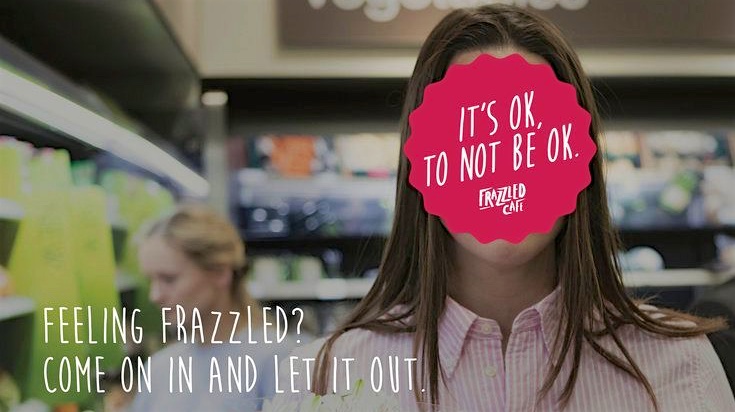 The cafes will host fortnightly after-hours ‘talk-in’ sessions, where people who are feeling ‘frazzled’ can meet to share their personal stories in a safe, anonymous and non-judgmental environment. Led by trained volunteer facilitators, the meetings are designed not just for the one in four Britons who will suffer a mental illness at some point, but also the four in four who are feeling overwhelmed by the stresses of modern life (Health Survey England, 2016).

“Ruby’s Frazzled Cafe is a simple, pressure-free way of tackling what can be a taboo subject – feeling stressed,” said Marks & Spencer retail director Sacha Berendji in a statement. Wax added: “We live in a time where to have a life crammed to the hilt is considered a success story. But with all this pressure, so many of us have nowhere to go to meet and talk about it. Frazzled Cafe is about people coming together to share their stories, calmly sitting together, stating their case and feeling validated as a result. Feeling heard, to me, has always been half the cure.”