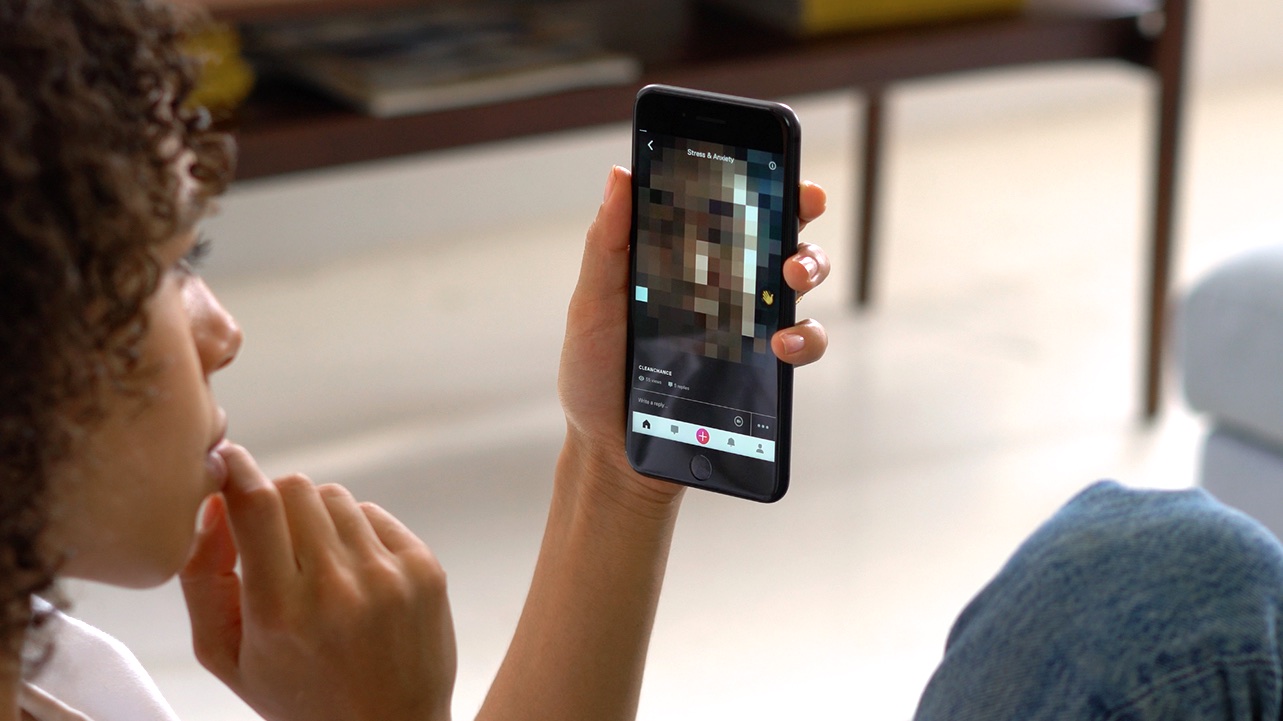 Launched in August 2017, the app lets people start and join online peer groups focused on anything from addiction and body-image issues, to anxiety or being HIV positive. Users share their issues and offer support in live video format, though can pixelate their video and generate a pseudonym if they don't want to be identified.

Co-founder Dan Blackman came up with the idea for the app after his father passed away from alcoholism. He wanted to make finding support easier and more accessible, to prevent people from suffering alone. Rather than a platform for professional treatment, it's designed to be a safe virtual space where anyone can share what's bothering them.

"In the beginning we were only seeing people coming in and pixelating themselves... then all of a sudden, one person decided to become clear and started to tell their story and we started seeing more people doing that," Blackman told TechCrunch. "That's what we want to create... a place where it's a balance of people seeking and people giving."

Around one-fifth (18%) of US adults (43 million people) have a mental health disorder (National Institute of Mental Health, 2015). Brands that assist in alleviating this crisis by pivoting from reactive to proactive care are set to succeed.