American chocolate manufacturer Hershey’s has opened an all singing, all dancing flagship in Las Vegas called Hershey’s Chocolate World, conceived as is a retail-as-leisure destination. 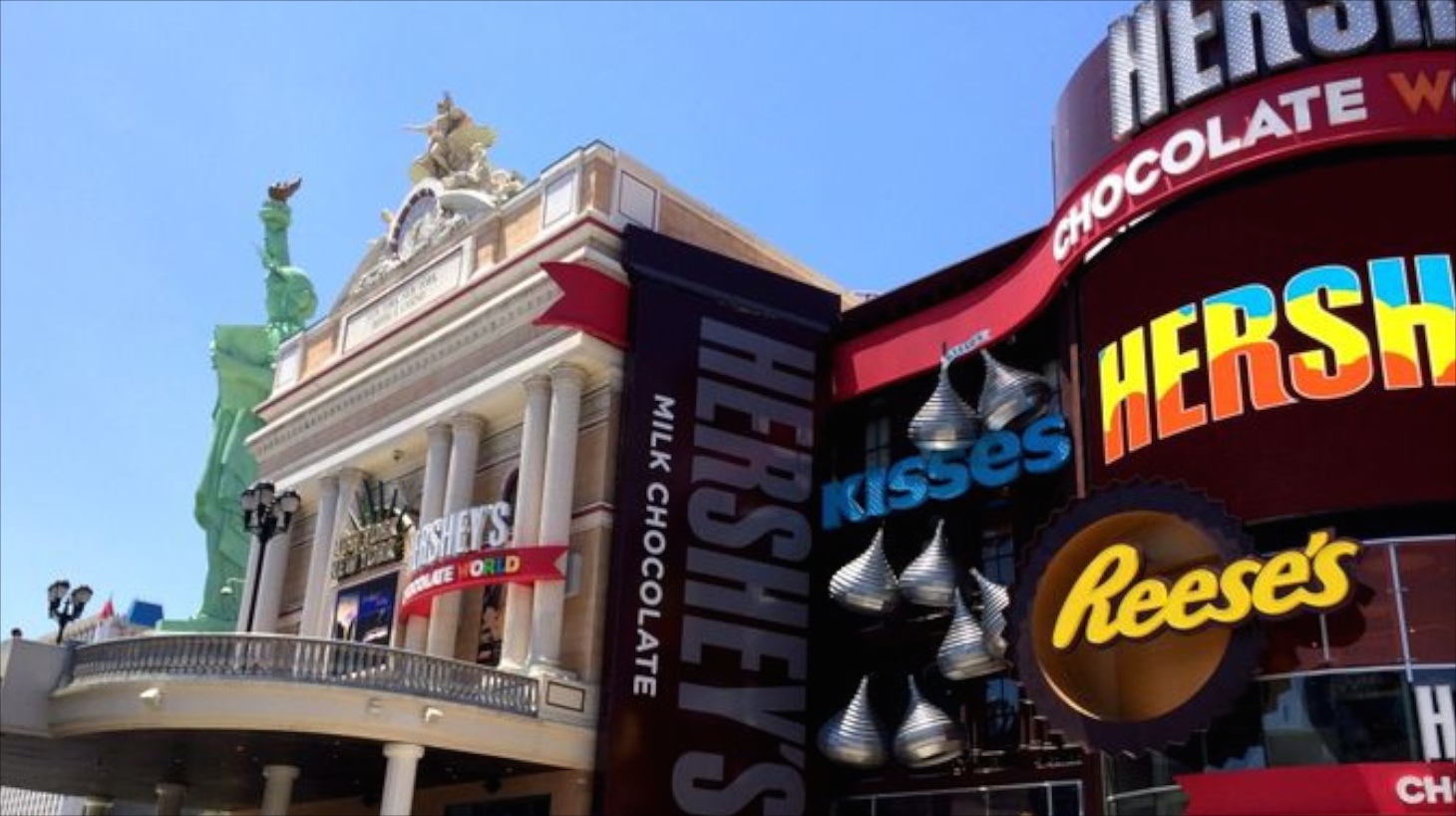 Continuing the theme-park-esque approach inside the space, the interior features a nod to its hotel host with an 11ft tall Statue of Liberty carved from nearly 800lbs of milk chocolate, as well as an Empire State Building made out of 1,800 chocolate bars.

Interactive tech tools have also been deployed to seduce the brand’s legion of digitally native young consumers. Shoppers have an opportunity to customise candy wrappers, and star in their own ad for Reese’s confectionery (another brand under the Hershey’s umbrella) to share on social media.

In addition to an overwhelming selection of 800 types of candy, consumers can also purchase fresh desserts made with Hershey’s chocolate, including cupcakes, s’mores and chocolate-dipped chocolates. A chocolate bar – of the alcoholic variety – is also slated to open in August 2014. Both features are poised to increase dwell time and introduce customers to new applications of existing products.

Additionally, store associates offer protective packaging – in the form of insulated bags with ice packs – to keep items like 5lb Hershey’s bars from turning into chocolate soup in the searing desert heat.

For more on the upsurge in inspiring confectionary stores, see Confection Destinations. For more on retail spaces as hospitality and leisure destinations, see Retailer-Restaurants: In-Store Hospitality, and Hybrid Retailing and Mall Worlds in our Future of the Store Industry Trend. See also Next-Generation Retail for Kids.